Captive Vs Independent- Which Insurance Agents Make The Most Money?

You may wonder which insurance agents make the most. According to the U.S. Bureau of Labour Statistics, in the year 2013, on an average agents earned around $48,210 (salary, bonus as well as commission included). However, the exact money that can agent can make may depend on a number of factors. Besides, it is also important to understand what kind of an agent you want to be.

In the United States, there could be two types of agents-captive and independent. While captive agents work for specific insurance companies, independent ones may work for several insurers. There is a difference in the working methodologies of both.

Here’s is some information that might let you know which insurance agents make the most money.

They are entitled to receive salaries and commissions from the companies with which they work. The commissions or incentives could be in the range 5% to 10% of the overall value of car and home insurance policies that they sell every month.

And if clients renew coverage, captive agents will get commission although the amounts could be lesser than the initial or first commission on each policy. In addition, captive agents are also eligible for bonuses from their respective insurers and at times, the bonus amounts can be about 20% of agents’ annual income.

It’s now time to learn how much do independent insurance agents make. They work on an independent basis or on their own and get paid with commissions. The more the number of clients to whom policies are sold, more will be the amount of money that they will make.

However, the commission slabs for independent agents could be much higher than those offered to captive agents. And renewal commissions are likely to remain the same as initial commissions. But the only difference between captive and independent agents is that the latter have no entitlement for receiving any performance based bonuses from companies for whom they work.

Last but not the least; agent’s income can vary depending on the geographical areas in which they work. Premiums for insurance policies could be high in certain neighbourhoods where cost of living is high, crime or accident rates and health hazards. This may affect the level of commissions that you make.

If you’re wondering how to make money as a captive & independent insurance agent remember that the most successful agents are the ones that diversify.

If you aren’t sure where to start and seeking professional assistance consider starting with auto insurance leads.

Still want to know how much money does an independent insurance agent make? Contact us today!

Let’s Do It
recent blogs 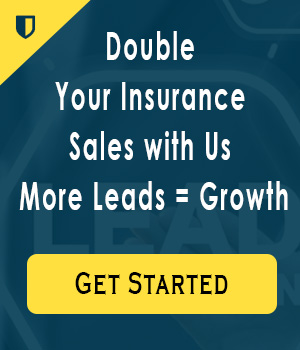 © Copyright 2022. All Rights Reserved By ProspectsForAgents.